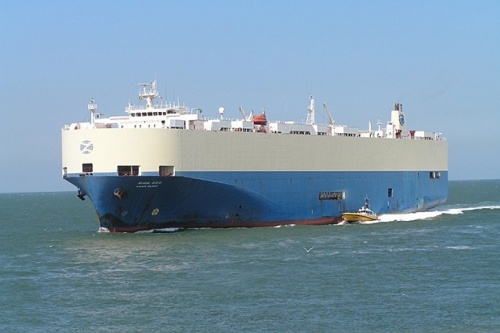 Bulgaria’s Foreign Ministry has confirmed the news about the hijacking of the UK flagged ship Asian Glory with a crew of 25 sailors, including eight Bulgarians, by Somali pirates.

According to Dragovest Goranov, Spokesperson of the Bulgarian Foreign Ministry, the Asian Glory was hijacked very far off the Somali coast - 650 miles , which is untypical. It will take the ship 2-3 days to reach the Somali coast which is when the negotiations for its release will be started at the earliest.

Goranov announced that the hijackers of the UK tanker St. James Park with 5 Bulgarian sailors on board have allowed the crew to talk to their families. All of the kidnapped sailors are in a good condition, and the negotiations are expected to start soon

Goranov said the Foreign Ministry was worried by the continuing of the hijacking of ships by Somali pirates. He thinks military force was not among the efficient ways to fight piracy, and one way to deal with this problem could be providing aid to poor states such as Somalia.

The 13 000-ton ship Asian Glory transporting cars was hijacked by Somali pirates late Friday night with 8 Bulgarian sailors on board. The captain of the ship is a Bulgarian man from Varna.

The UK tanker St. James Park was hijacked on December 29, with 5 Bulgarian sailors on board. The ship is anchored off the Somali coast and the negotiations for its release are about to start.