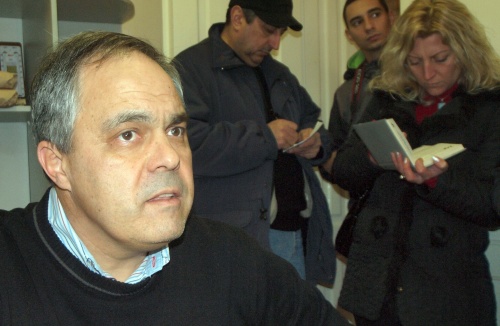 Captain Prodan Radanov from the Varna office of the Zodiac firm has announced that a new ship with Bulgarian sailors has been hijacked by Somali pirates. Photo by BGNES

One more ship manned by Bulgarian sailors has been hijacked by Somali pirates.

The incident happened late Friday night; it comes days after a UK tanker with its crew including 5 Bulgarian sailors was taken over by Somali pirates in the Gulf of Aden.

In the new case, Somali pirate have hijacked a large ship transporting cars called Asian Glory, with a crew of 25 including 8 Bulgarians.

This has been announced by Captain Prodan Radanov from the Varna office of the Zodiac firm. The Bulgarians are from Varna, Shumen, Yambol, and Velingrad. None of them were hurt during the kidnapping.

The British tanker St. James Park kidnapped on December 29 is anchored off the Somali coast.