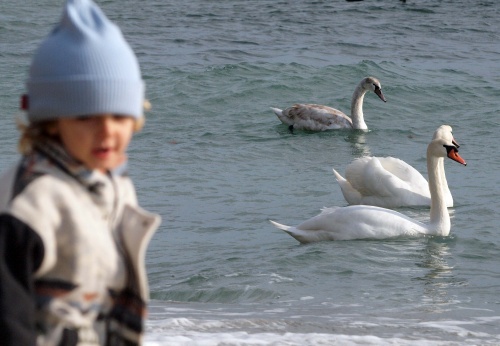 Citizens of the Black Sea town of Varna enjoyed a walk along the coast on January 1 as the mercury reached nearly 19 centigrade. Photo by BGNES

Temperature records were seen across Bulgaria on the first day of the new year, marking the second day in a row with unusually warm weather, the National Institute of Meteorology and Hydrology (NIMH) announced on January 1.

Thermometers soared to 22,4 centigrade in the Northern town of Veliko Tarnovo, an absolute record for the season. It was also hot in Varna, Burgas, Ahtopol, Blagoevgrad, Dragoman, which saw temperatures ranging between 17-22 centigrade. In the capital Sofia the mercury zoomed to 17,3 centigrade, beating the record from 1971 when it reached 16 centigrade.

The lower temperatures in the northwestern part of the country and along the Danube River are due to the fogs, which have embraced these regions.

The warm spell will come to an end with the start of the weekend, when the average temperatures will range between 6-11 centigrade. Snowfalls are expected across the country on Sunday and there will be blizzards in the northern regions.