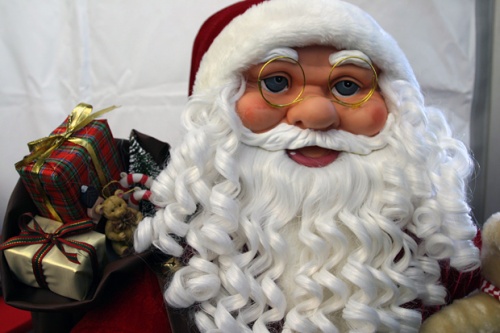 NORAD announced Friday Santa has officially returned to his home at the North Pole.

On Christmas Eve, NORAD, the North American Aerospace Defense Command, a joint organization of Canada and the United States, offers the NORAD Tracks Santa service through a special website. The site currently gets 1 billion hits.

This year Santa spent nearly 24 hours giving gifts to over 2 billion children around the world.

Santa arrived home safely in his sled pulled by his 9 trusty reindeer after distributing 20 million dolls and over 30 million toys. His helpers used a 2 300 025 km-long ribbon to wrap all the presents.

NORAD uses Rudolph’s red nose as the main tool to track Santa’s trip around the globe.

The Website is updated each hour to show a CGI-rendered Santa flying over major cities in the different time zones where it is midnight. They also have a voiceover from the NORAD staff, explaining his location which has facts about Santa and the country which he has just visited.