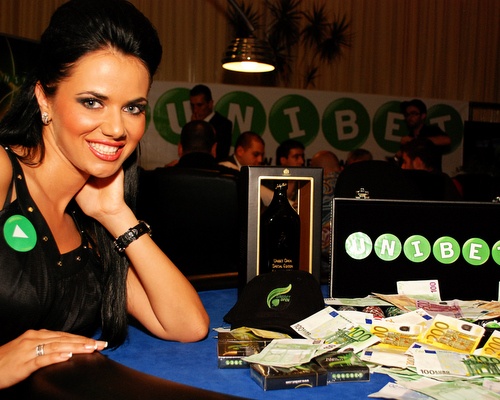 Eleonora Mancheva, wife of CSKA striker Vladimir Manchev, is one of those fond of the media spotlight. Photo by BGNES

The garrulous wives of Bulgarian footballers, who are more than happy to talk about the luxurious life they lead, are believed to have prompted government officials to investigate top soccer players for suspected tax evasion.

Officials from the National Revenue Agency were impressed by the players' wives TV appearances, in which they don't miss to brag about the expensive cars of their husbands and all the possessions they have, reports say.

The National Revenue Agency announced on Tuesday that a total of 261 Bulgarian top flight football players are under scrutiny for suspected tax evasion.

The agency will check property and bank deposits against declared incomes and refer discrepancies to a public prosecutor.

The action is a follow-up to previous checks of players and top flight clubs that revealed millions of levs of unpaid taxes and social securities.