Bulgaria Afghanistan Mission to Be Consolidated in Kandahar 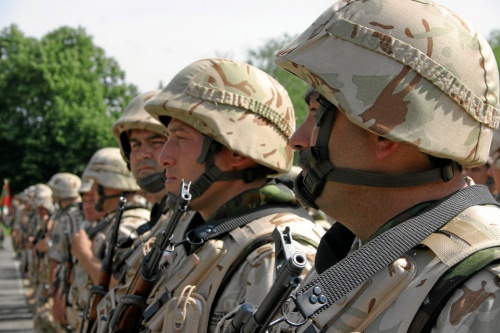 The Bulgarian rangers, who are guarding the Kandahar airport in Afghanistan, will be soon joined by thier brothers of arms in Kabul. Photo by BGNES

Bulgaria's Defense Minister, Nikolay Mladenov, informed Tuesday the commanding officers in Kabul and Kandahar that the country's contingent will be consolidated in Kandahar.

Mladenov also said that the number of the rangers in Afghanistan will be increased by 20 to 30 people in the beginning of 2010 and another 70 will be sent there by the end of the year.

Mladenov made the announcement during the annual video-conference report of the Bulgarian commanding officers abroad.

The Defense Minister further informed the expected consolidation is not going to happen in the next few months over pending assignments in Kabul, but pointed out the move would increase the importance of the Bulgarian forces in the Afghanistan mission and reduce the expenses of maintaining the contingent.

In addition to the reports from Kabul and Kandahar, Mladenov received reports of commanding officers in Kosovo, Georgia, and Bosnia and Herzegovina, all praising the actions of the Bulgarian foreign military missions.