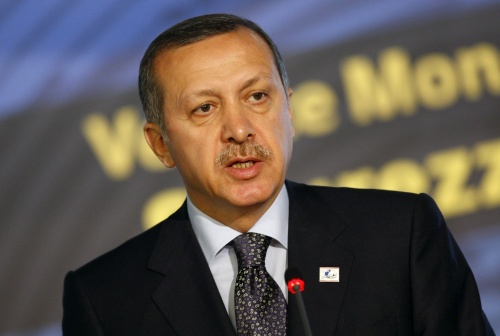 Turkey’s Prime Minister Recep Tayyip Erdogan, has expressed his concern over the increase of anti-Turkish statements in Bulgaria in his phone conversation Thursday with the Bulgarian PM Borisov.

A more detailed transcript of Thursday’s conversation between Erdogan and Borisov over the debate on the 10-minute Turkish-language news emissions on the Bulgarian national TV was reported Friday by CNN Turk.

Turkey’s PM has called his Bulgarian counterpart a couple of days after Borisov declared himself in favor of the initiative of the nationalist party Ataka for holding a referendum on the news emissions.

Erdogan has told Borisov that he viewed the relations between Turkey and Bulgaria as very important and would exert all efforts to improve them.

“Recently, as you yourself are aware in Bulgaria the statements directed against the Turks are on the rise, and they are really causing concern. We view with regret how one and the same extremist circle are conducting a campaign for stripping off some of the rights acquired throughout the years by the Bulgarian Turks. The last example is the decision for holding a referendum on the broadcasting of 10-minute news in Turkish on the Bulgarian National TV,” Erdogan is quoted as telling Borisov.

He has expressed his hope that the Borisov government would not give an opportunity to the “radical circles to use their potential for violating the pluralistic democracy”, harming the co-existence of different cultures and supporting actions spoiling the good neighborly relations between the two countries.

“I hope that as a ruling party you are going to adopt an attitude which does not divide but unites and embraces all groups of the society, and will isolate instigating actions,” Erdogan is reported to have told Borisov.

“I believe that the Turkish minority in Bulgaria is a mediator enriching the relations between our countries, and in this context I share your views. We also agree on the issue about the human rights of the Turkish minority,” Borisov has told Erdogan assuring him that his government would do everything possible to resolve the question with the Turkish-language news in the best possible way.