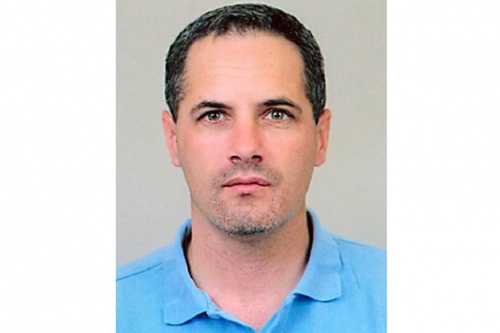 One of 'the crocodiles’ - Evgeni Milev aka Geyzo - was reported to have left the country at the Kalotina border crossing and left to Germany. Photo by the Interior Ministry

Bulgaria Interior Minister, Tsvetan Tsvetanov, has confirmed that a border policeman has been arrested for faking documents to make it look like one of the wanted ‘crocodiles’ robbery gang had gone to Germany.

One of 'the crocodiles’ - Evgeni Milev aka Geyzo - was reported to have left the country at the Kalotina border crossing and left to Germany but after an investigation of documents it was found that three crocodiles left the country, when the border policeman had entered in the computer that 4 had actually gone, with namely Milev being the extra man.

Bulgaria police have been searching for 10 people from a highway robbery gang called “The crocodiles” after a top Bulgarian gangster was shot dead by police in an incident on the Trakiya highway on Monday.

Milev himself announced Wednesday, in an interview for the Bulgarian Trud newspaper that he has been in Germany on holiday to visit a friend for over a week and said he had understood about the incident on the internet and from friends over the phone.

He also stated that he did not know dead gangster - Dimitar Mitrev aka Bogrovetsa and denied that he or his brother were in any way involved.