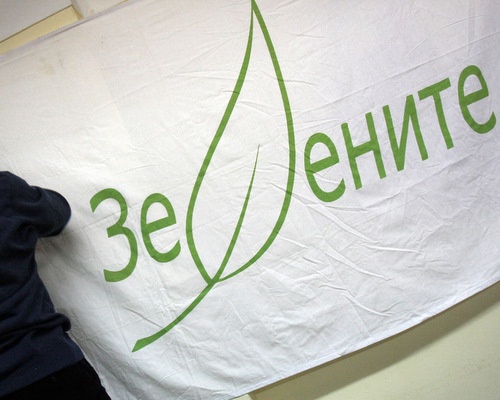 The Bulgaria Greens call for immediate suspension of the Burgas-Alexandroupolis oil pipeline. Photo by BGNES

The Bulgaria Greens Party has called for immediate suspension of the Russian-sponsored Burgas-Alexandroupolis oil pipeline.

This has been stated Tuesday by the Co-Chair of the Bulgaria Greens, Petko Kovachev, who said the international agreement for the project signed in 2007 between Bulgaria, Greece, and Russia provided for no fixed financial sanctions for leaving it.

Thus, the Greens believe that Bulgaria’s participation in the project could be terminated with a simple decision of the Parliament.

Yet, the Greens believe delaying the project over the assessment is a way in which the government of the GERB party actually says “yes” to its realization.

The Greens Party also says there are many undecided issues over the construction of the Nabucco and South Stream gas transit pipelines, including their routes.

They oppose the participation of Russia in the project for constructing the Belene Nuclear Power Plant because they thing that this way the interests of foreign powers would be served. Kovachev has pointed out that Bulgaria had “buried” BGN 800 M in the Belene project in the last few years.

“The major question hanging over the three large-scale Russian sponsored energy projects in Bulgaria – the Belene NPP, South Stream, and Burgas-Alexandroupolis – has to do with whether the GERB government will decide to haggle over them with President Parvanov, who has been trying to meddle in that field for years,” Greens Co-Chair Kovachev said.