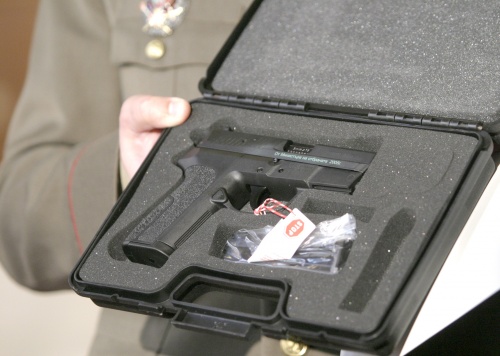 According to a GRIP report, Bulgaria is supplying arms to the terrorist United Self-Defense Forces of Colombia (AUC) group. Photo by Sofia Photo Agency

The organization Group for Research and Information on Peace and Security (GRIP) had implicated Bulgaria in large scale illegal arms trafficking.

A GRIP report, cited by Belgium media, informs that Bulgaria is supplying arms to the United Self-Defense Forces of Colombia (AUC) group, which is considered a terrorist organization by the European Union. The report points out that 27% of the weapons used by AUC come from the EU while Bulgaria is the top EU supplier with nearly 19% followed by Belgium - a distant second with 7,23%.

The GRIP reports, published by the Ideas for Peace Foundation has been financed by the Belgium Foreign Ministry.