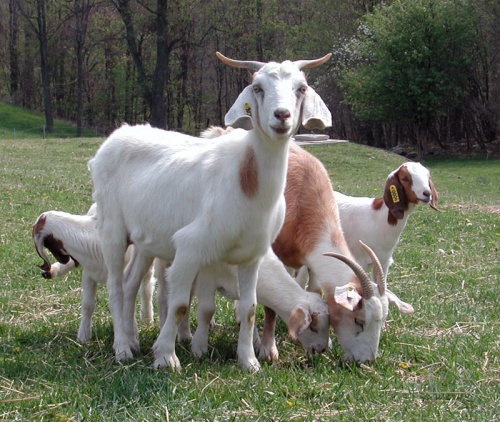 The population of the Netherlands is threatened by a new Q-virus, spread by goats and sheep. Photo by BGNES

There have been press reports of an epidemic that has struck the Netherlands. Following bird flu, then swine flu, now goat flu is causing concern.

According to online news sources, up to 2 300 people have succumbed to goat flu in the country, and six people have died.

The Dutch government is concerned about the impact of the epidemic and is planning to destroy hundreds of thousands of goats and sheep that may be infected by the virus.

Their Ministry of Agriculture has confirmed that the new virus has struck between 55 and 350 Dutch farms. Two of the most affected cities are Eindhoven and Tilburg.

The symptoms of the new variation of influenza - known as ‘Q-fever’ - resemble those of flu, and include severe headaches, shivers and perspiration, aching muscles, sickness and diarrhea and a slow pulse rate.

The acute variant of the disease lasts for up to two weeks, but there is also a chronic variant which may last two years, with fatigue as its main symptom.

So far there have been no recorded cases of transmission of the infection from person to person.

According to Dutch experts, Q-fever is caused by bacteria (Coxiella burnetii) released when pregnant goats or sheep have spontaneous abortions.

Bulgarian medical expert Dr. Angel Kunchev, head of the Anti-Epidemic Control Department of the Bulgarian Health Ministry, has announced on Friday that there are no known cases of goat flu in Bulgaria, or in neighboring countries.

"We have an agreement with veterinarians to monitor incidence and to do research, so if something occurs in Bulgaria, we would be aware and we would begin tests to orient us. There is no immediate danger,” reassured Dr. Kunchev.