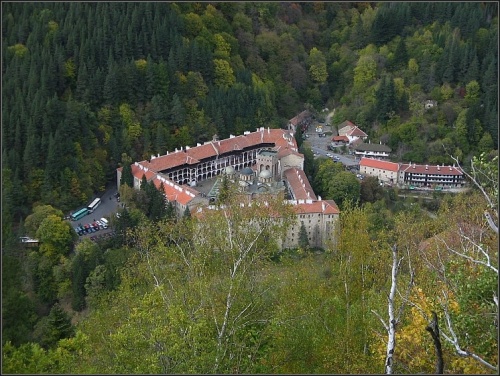 The Rila Monastery is going to have its own hydro power plant. Photo by voxos.net

One of Bulgaria’s most popular monasteries, the Rila Monastery, is going to construct a small hydro power plant in order to get a new reliable electricity supply.

The entire cost of the project – a EUR 2,9 M grant – is provided by the “Kozloduy International Fund”, and will be administered by the European Bank for Reconstruction and Development.

The new hydro power plant with have a total production capacity of 1,24 MW; the energy which will not be consumed by the Rila Monastery will be sold, and the funds will be used for renovating its building and improving the monastery infrastructure.

The power lines from the power plant to the monastery will run underground in order to protect them from the inclement weather in the Rila Mountain.

The document for the realization of the project was singed Thursday by Bulgarian Economy Minister Traicho Traikov, EBRD senior project manager Zoltan Kish, and Bishop Evlogiy, head of the Rila Monastery.

The Kozloduy International Fund was set up in 2001 in order to govern the foreign aid provided by the European Commission to Bulgaria over the early closure of four of the six units of Bulgaria’s Kozloduy Nuclear Power Plant.

The funds allocated to date to the Kozloduy Fund amount to EUR 513 M. A total of EUR 292 M have been contracted in the nuclear energy field under eight deals. Another EUR 220 M have been allocated under 23 contracts in the non-nuclear energy sphere.

Additional EUR 300 M will be added to the Kozloduy Fund for the period 2010-2013 as additional nuclear decommissioning aid approved recently by the European Commission and the European Council.