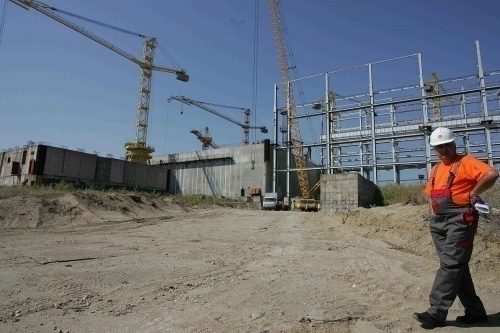 This is Russia's second offer to pour money into Bulgaria's second nuclear plant Belene after Russian Prime Minister, Vladimir Putin, gave the green light to a EUR 3,8 B loan at the end of May. Photo by BGNES

Russia's state nuclear company Rosatom has announced willingness to finance the multi-billion nuclear project in the Bulgarian Danube town of Belene, which has stalled over lack of funding.

“We are ready to sign an agreement with Bulgaria within days,” Rosatom General Director Sergey Kirienko said, as cited by Interfax.

This is Russia's second offer to pour money into Bulgaria's second nuclear plant Belene after Russian Prime Minister, Vladimir Putin, gave the green light to a EUR 3,8 B loan at the end of May.

Bulgaria's new government of the center-right GERB party has said however that it is not willing to provide any state guarantees for loans and is yet to decide whether to scrap or push ahead due to purely economic terms.

Belene's reactors are to be of the Russian VVER-1000 class, while the Western companies are providing instrumentation and control systems.

State power utility NEK has a majority stake in the plant.

RWE's departure from Bulgaria's new Belene nuclear plant put extra pressure on government to find new shareholders while it redefines the scope of investment it needs.

The new government, which has put Belene under review due to rising costs, plans to cut its shares in the project from 51% to 20-30%, which will still allow the country to keep its blocking quota.