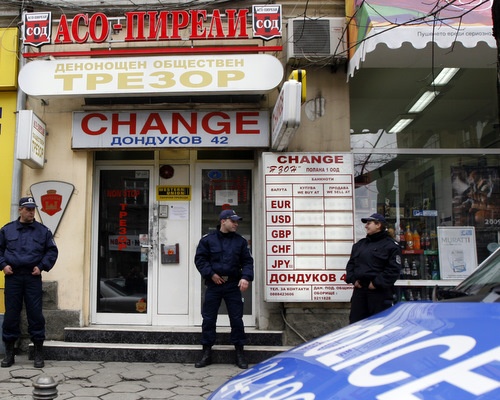 Sofia police is conducting a search of the safety vault that was robbed Thursday evening. Photo by BGNES

Police is searching for ten men, who robbed a public safety vault shortly after midnight on Thursday.

The incident happened around 1 am in downtown Sofia on Dondukov boulevard.

The men were heavily armed and easily coped with the security guards, who were hit on the head and tied up. Several other perpetrators joined in and smashed the unsecured metal safety boxes.

The value of the stolen objects are yet to be estimated.

This is the latest in a series of armed robberies in downtown Sofia with damages estimated at millions of levs.