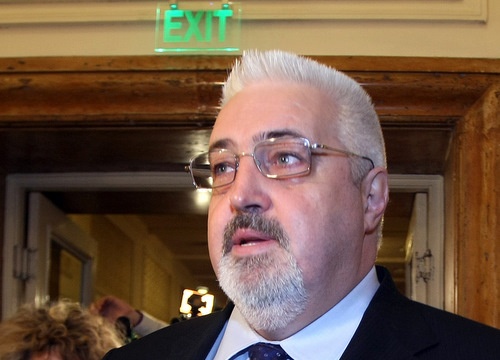 Asked whether he has received threats, Mario Tagarinski said the day of his mysterious disappearing, he was really threatened with abduction, but not any more.

Mario Tagarinski, who brought the demise of the conservative Order, Law and Justice (RZS) parliamentary group after quitting it, has vowed to remain in parliament as an independent member.

“Lack of trust, incompatibility in principles, methods, actions and rhetorics. We started off doing a large-scale project, which did not come to be,” Tagarinski told reporters in parliament.

Asked whether he has received threats, he said the day of his mysterious disappearing, he was really threatened with abduction, but not any more.

Tagarinski denied reports that he has hired body guards to protect him.

“I have no guards, don't you see?,” he said, visibly irritated.

The statement came just hours after Parliament Speaker, Tsetska Tsacheva, struck the conservative Order, Law and Justice (RZS) parliamentary group out of the parliament as it now has below the minimum 10 MPs.

Tsacheva also read out the leaving notice given by the rank-breaking MP Mario Tagarinski and thus deleted the RZS party from the parliamentary register.

The RZS Mps will continue to be independent MPs but as such will lose their Parliamentary posts and also their privileges such as – cars, accommodation and extra time for plenary session speeches.