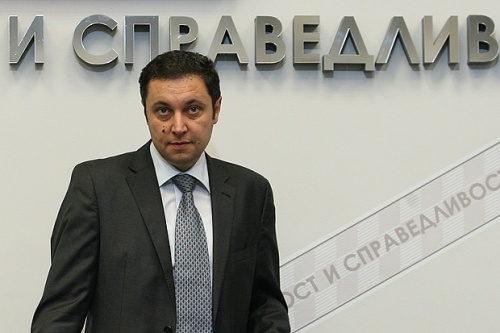 Yanev stated that Borisov, whether consciously or unconsciously, erred in the ‘Tagarinski’ case. Photo by Sofia Photo Agency

Yanev stated that Borisov, whether consciously or unconsciously, erred in the ‘Tagarinski’ case, bTV reported Tuesday. He added that “it is not normal in a democratic country for the Interior Minister Tsvetan Tsvetanov to announce that an MP from an independent political party will be removed and that to happen by the end of the same day

“There are no internal problems inside the RZS party... Targinski acquired too much pride after talking to Boyko Borisov and now thinks he has climbed Everest... He doesn’t know that there air is thin there and that you can very quickly fall." Yanev continued

He concluded that no one in the center-right governing GERB party can do anything without the knowledge of Borisov.

The whole issue was triggered by the Member of the Parliament, Mario Tagarinski, who announced Friday he was leaving the RZS parliamentary group. This move led to the group falling apart since it now has 9 members instead of the required minimum of 10. According to the new General Assembly rules, the 9 RZS MPs can not join another group and must function as independent MPs.

On Saturday Yanev raised alarm that Tagarinski's whereabouts were unknown and that he might be a victim of a political kidnap. Later that day Borisov announced Tagarinski had called him and was doing fine.

On Monday Tagarinski said he left the party on his own will and Yanev ordered Borisov to restore the RZS party's parliamentary group by 9 am Wednesday – Borisov replied that he would not reply to such an ultimatum.