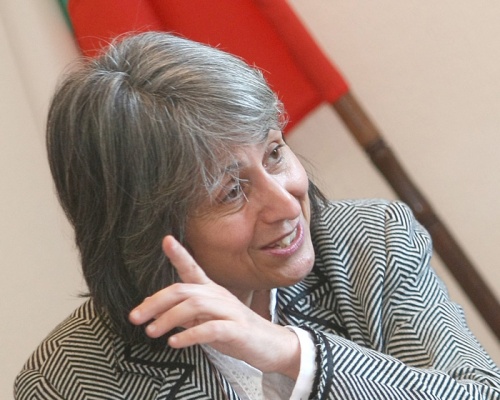 The Bulgarian Justice minister, Margarita Popova, has lashed out at politically supported crime and corruption which, she claimed, prevent the police from carrying out their obligations.

"In Bulgaria there are no trained modern investigative criminal police, and this is due to organized crime and corruption, which enjoy political support," she said in a Sunday interview on Bulgarian National Radio (BNR).

"I am asking, since 2001, when hundreds of thousands of euros were spent on twinning projects in order to begin construction of a modern criminal police force, why did it not happen, who blocks these ideas and these changes?" the minister asked.

Popova said that the draft Law on Forfeiture of Illegally Acquired Property, as well as amendments to the Penal and Criminal Procedure Codes, were considered by Eurpoean Union ambassadors to Bulgaria country as positive reformative steps.

According to Popova, however, the Justice Ministry has to do more work in interpretation of the law, particularly the one according to which the state would confiscate the property of anyone whose income and assets over the past 20 years has exceeded BGN 60 000.

"These changes are very strategic, but society and the general mass of people, when it comes to radical reforms, are more difficult and more slow to be won over," said Popova.

According to her, adoption of amendments to penal laws would mean that the political class had said "yes" to the decisive struggle against corruption and organized crime.