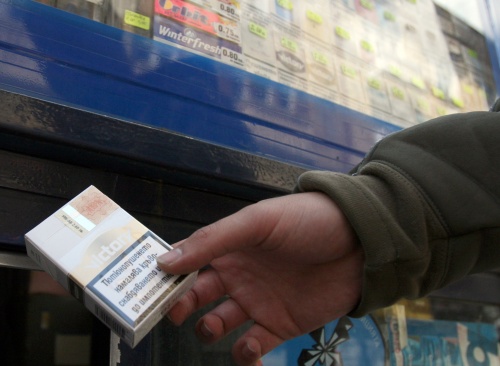 “Victory,” Bulgaria’s most popular cigarette brand, is often subject to contraband and is sold on the black market without the excise label. Photo by BGNES

Employees of Bulgaria’s Interior Ministry, along with Customs agents have busted a major cigarette contraband ring.

The information was announced Saturday by both institutions’ press centers.

The tax that would have been lost for the State budget from the cigarettes is estimated at BGN 650 000 while the value of the 225 000 packs of cigarettes exceeds BGN 1 M.

The cigarettes of the brands “Marlboro,” “Victory,” “Prestige,” and the Chinese "Chunghwa" have been discovered Thursday in Sofia’s “Slatina” district.

The cigarettes were found in a storage, rented by a man with a criminal record, and in a “Volvo” truck parked nearby.

The Interior says the cigarettes were destined for Bulgaria’s black market, not for import.

3 men without criminal records have been arrested during the raid.