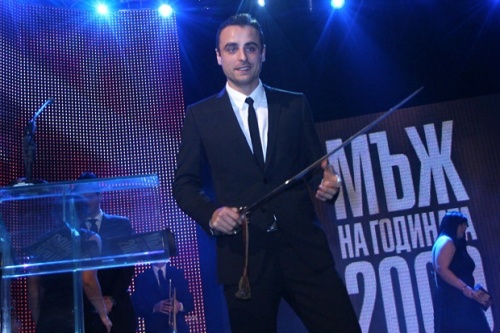 Dimitar Berbatov has been awarded as Bulgaria’s Man of the Year 2009 ahead of World boxing champion Detelin Dalakliev and Interior Minister Tsvetan Tsvetanov.

Berbatov, the Bulgarian national football team captain and Manchester United star was awarded the prize after being nominated for the second year in a row for the award, Darik Radio reported.

Berbatov was chosen after 5443 Bulgarians voted online for him on the official website of the competition manoftheyear.bg. Slightly more than 13 000 people voted in total. Interior Minister Tsvetanov came second in the final standings with 4269 votes and Bulgaria’s World boxing champion Dalakliev was in third place with 3350 votes .

Berbatov scored twice in Bulgaria’s friendly with Malta Wednesday night which brought his total number of national team goals to 48, one more than the previous record of legendary Bulgarian footballer from the 1960s and 1970s, Hristo Bonev. (Bonev played for the Bulgarian national team in 1967-1979; he played 98 matches.)

Sports » Be a reporter: Write and send your article
Tags: Dimitar Berbatov, Many of the Year 2009, Manchester United
Advertisement
Advertisement
Expats.bg All Are Welcome! Join Now!
Related Articles:
More from Sports