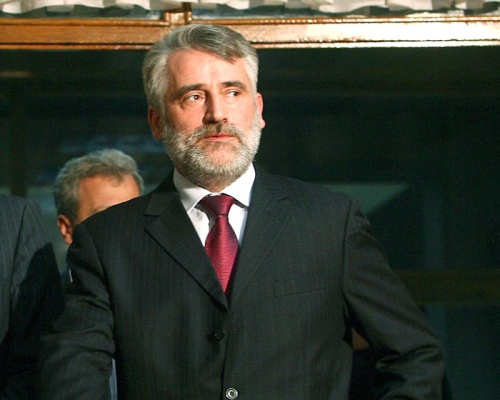 Menduh Thaci, leader of the Democratic Party of Albanians, foresees renewed ethnic conflict between Macedonians and Albanians. Photo by BGNES

If the agreement that was developed by the Democratic Party of Albanians (DPA) is not confirmed between Macedonians and Albanians, there will be neither a Macedonian nation, nor a Macedonian people.

Menduh Thaci, leader of the DPA, announced this on Wednesday on Alsat, the Albanian-language TV station broadcasting from Skope, the country’s capital.

According to Thaci, if discrimination against young Albanians continues in the Republic of Macedonia, there is a distinct possibility of renewed conflict between Albanians and Macedonians.

Commenting also on the ongoing dispute between Skopje and Athens over the name of the country, Menduh Thaci said that Macedonians were now faced with their greatest provocation.

"If their most recent history is removed, they will identify themselves as either Bulgarians or Serbs", he said.

"Accepting a compromise in solving this dispute on behalf of the Prime Minister means that he (Nikola Gruevski) takes it upon himself to change the name and identity, and accepts that Macedonians are Slavs, but have nothing to do with antiquity", he added.

"Macedonia has a future only as a multi-national state, because the construction of a state on ethnic grounds has no future," he concluded.