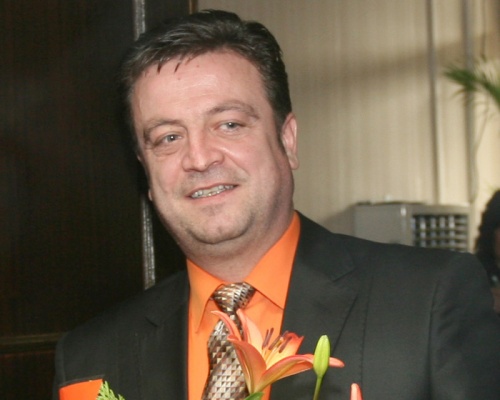 Euroroma leader Tsvetelin Kanchev and 4 other Roma have been formally charged and detained in connection with a blackmailing case targeted at a former official. Photo by BGNES

Nikolay Kokinov, the Sofia Chief Prosecutor, has announced that formal charges have been brought against Tsvetelin Kanchev, leader of the Euroroma union. He will be kept in custody for 72 hours.

Together with Kanchev, four other detainees, including Roma leader Hristo Varbanov-Papata (the Pope), have also been charged.

All five had been arrested on Tuesday, following a tip-off to the police by Nikolay Nikolov, former head of Bulgaria’s Civil Defense Directorate, that he was being blackmailed for EUR 250 000.

Earlier on Wednesday, Tsvetan Tsvetanov, the Interior Minister, had announced that Nikolov had become the target of blackmail to avoid his being incriminated in criminal breach of trust.

Tsvetanov explained that Roma leader Tsvetelin Kanchev was present at one of the meetings between Nikolay Nikolov, and the group of Roma persons who were blackmailing him.

Tsvetan Tsvetanov, the Interior Minister, had announced that Nikolov had become the target of blackmail so that he would avoid being implicated in criminal breach of trust.

Tsvetanov had also clarified that they were still investigating whether Kanchev was only a guarantor or whether he was involved in the taking of the requested money.

"Mr.Nikolov, after paying EUR 150 000, a few days later they called on him to pay the remainder to EUR 250 000. Then he called the police, gave them a warning, and we succeeded in conducting our procedural and investigation actions,” stated the minister.

“The persons who went to collect the cash that was to cover the difference were detained. Tsvetelin Kanchev was present as a kind of guarantor at one of the meetings when the agreement was negotiated.”

"All four detainees and Kanchev have been searched. It is all now an issue to prove his participation in this racket which was directed at Mr Nikolov," stated the Minister.

“Whether he participated in the taking of the money is in a process of investigation. The fact is that he was present at the negotiations so the detainment measure is for 72 hours."

"Searches were conducted of all the detainees and of him too. It is all now an issue to prove his participation in this racket which was directed at Mr.Nikolov," stated the Minister.