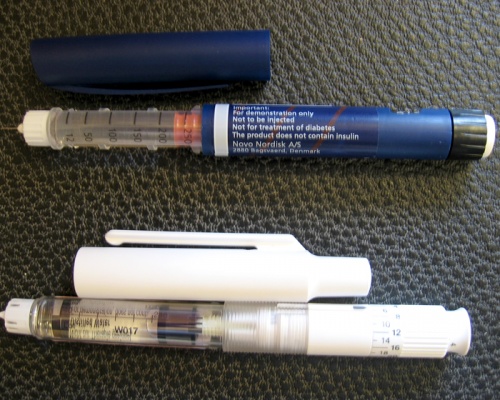 Diabetics plan to protest if they are forced to pay more for insulin supplied by Novo Nordisk. Photo by BGNES

Bulgarians suffering from diabetes are planning to organize protests if the cost of insulin produced by Novo Nordisk is increased.

The claim has been made by Adrian Stoev, deputy chairman of the Bulgarian Association for Diabetes, in a radio appearance on Tuesday.

Earlier on Tuesday, Dr. Albena Zlatareva, the deputy director of the Bulgarian National Health Insurance Fund (NZOK) had announced that patients using Novo Nordisk medication would have to pay BGN 5 for it, despite the fact that the NHIF should fully cover the cost.

This, she explained, was because the price charged by Novo Nordisk was in excess of the legal limit set for payment by the NZOK. The company has refused to come to an agreement with the Bulgarian Health Ministry, and has tied the government hands, the former Health Minister, Evgeni Zhelev, said as early as May.

The company web site has posted advice to those affected. It recommends that they should consult their doctors to have another type of insulin prescribed for them.

Stoev explained how that kind of replacement of insulin supply would eventually affect them: "There is a difference in the same type of insulin products by different producers despite the fact that the experts do not outline it. The profile of action of each type of insulin causes certain aberrations which reflect on the patient."

"There is a rule that a good treatment should not be changed, because it inevitably affects the compensation process of diabetes. There is a great probability that, when changing the treatment, hospitalization may become necessary," he added.

When asked how this issue would be resolved, Adrian Stoev replied: "These are negotiations which are conducted between the [Heath] Ministry and the company, and nobody can say what the outcome will be."

It is estimated that, of the total Bulgarian population of 7,7 M, there are over 520 000 people suffering from diabetes.