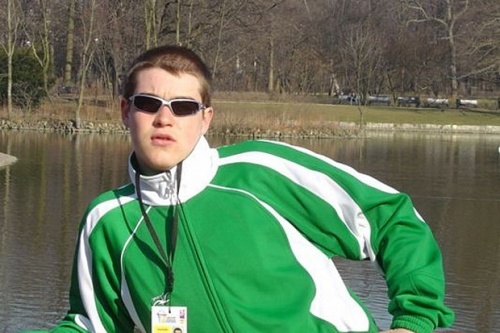 22-year-old Rumen Guninski Jr lost 10 kg while he was in captivity. Photo by kurs031.com

Shortly after the release of his kidnapped son Sunday night, Bulgarian businessman Rumen Guninski Sr has stated that he had paid no ransom whatsoever to the kidnappers.

Unconfirmed media reports placed the sum at EUR 300 000; the Interior Minister and other officials have declined to comment on the ransom so it is still unclear why the kidnappers released Rumen Guninski Jr if no money were paid to them as the father claims.

The 22-year-old student, who was abducted before his dorm in the Studentski Grad Quarter in Sofia on October 19, 2009, was kept in dark and narrow room, with a hood over his face, ear plug, and tied hands. The abductors visited him once every 24 hours, and fed him sandwiches and water, the father said. The young man lost 10 kg in the 40 days that he was kept in captivity.

The kidnappers blurred their voices when talking to him, and asked him about the property and wealth of his family.

The businessman said his son was going to continue his studies at the National Sports Academy in Sofia when he recovered from the traumatic experience.

The young Guninski himself showed up for a few minutes before the journalists in his native town of Pravetz, saying he felt alright, and that he only wanted to rest for a few days.