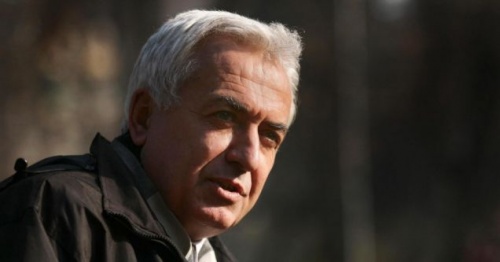 Lachezar Filipov believes crop circles contain the answers to questions his team have posed to extra-terrestrials. Photo by metro.co.uk

On Earth it is known for its good value skiing, its Black Sea resorts and its proud Slavic culture. But Bulgaria’s fame stretches far beyond our own planet, it seems: the country’s space research institute claims it is in contact with aliens.

And the researchers say they have already posed the extra-terrestrials 30 questions, one of which might have been: ‘Didn’t you think of getting in touch with Nasa first?’

Clearly the aliens’ in-flight movies during their trek across the Milky Way did not include any Hollywood blockbusters.

The Bulgarian researchers are now analysing pictograms contained in 150 crop circles which have appeared around the globe in the past year.

The team believe the field markings contain the answers to the posers they beamed into Space. Lachezar Filipov, deputy director of the space research institute, said: ‘Aliens are currently all around us and are watching us all the time.

They are not hostile towards us, rather, they want to help us but we have not grown enough in order to establish direct contact with them.

‘They are ready to help us but we don’t know what to request from them in case of contact.’

Mr Filipov said he believed humans and aliens would have direct contact in the next ten to 15 years. But it would be through telepathy rather than radio waves, he added.

Even then, we might not see eye-to-eye with them, he warned. Referring to our interference with nature, he said: ‘Extraterrestrials are critical of people’s amoral behaviour.’