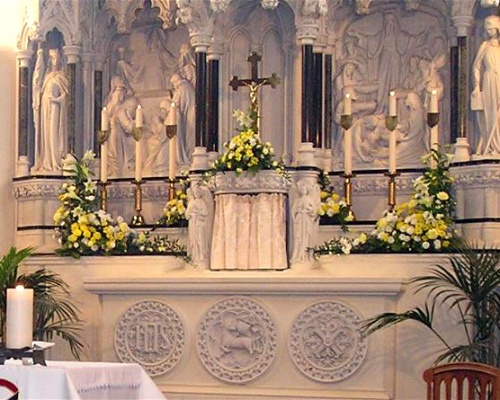 A shocking report of systemic child abuse by the Irish Catholic Church reveals non-co-operation by the Vatican and police collusion in covering up the scandal over decades. File photo

The Vatican refused to co-operate with an official inquiry investigating sexual abuse by clerics in the Catholic Church in Ireland.

The official Report of the Commission of Investigation into the Catholic Archdiocese of Dublin was published on Thursday. The investigation began in 2006, and covered the period 1975 – 2004.

The Commission’s brief was “to investigate how Church and state authorities handled allegation of child abuse against 46 priests”.

The inquiry condemned church leaders for covering-up abuse for decades.

The Commission examined complaints concerning over 320 children. Substantially more of the complaints related to boys. Of the 46 priests examined, 11 pleaded guilty to or were convicted in the criminal courts of sexual assaults on children.

The report revealed that all the Archbishops of Dublin in the period covered by the Commission were aware of some complaints.

However, it concluded that pre-occupations in dealing with cases of child sexual abuse, at least until the mid 1990s, were the maintenance of secrecy, the avoidance of scandal, the protection of the Church’s reputation and the preservation of its assets.

All other considerations, including the welfare of children and justice for victims, were subordinated to these priorities, the report said.

According to the Commission, there was also collusion on the part of the police. A number of very senior members of the Irish police regarded priests as being outside their remit. There were some examples of them actually reporting complaints to the Archdiocese instead of investigating them.

The Vatican had refused to co-operate with the Commission, saying only that the request "had not gone through appropriate diplomatic channels". A request for information from the Papal Nuncio also was ignored.

Following the publication of the Commission’s report, the leader of the Catholic Church in Ireland issued an apology.

Cardinal Sean Brady said he was deeply sorry and ashamed by the abuse the report had revealed.

Speaking on behalf of the Derry diocese, Father Michael Canny said the church's reputation was in tatters.

"The church has no credibility, no standing, and no moral authority. The issue is an issue of confidence and of trust. This is something which will take certainly my lifetime to build up again," he said.

The Bishop of Derry, Dr Seamus Hegarty, also called on anyone who had been abused by a member of the clergy to approach the civil authorities.