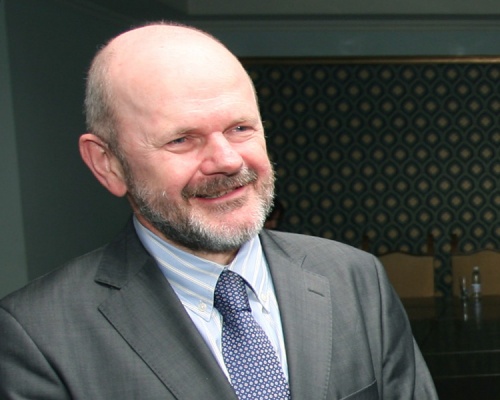 Pawel Samecki, EU Commissioner for Regional Policy, is pleased with project progress in the south east regions of Bulgaria. Photo by BGNES

Pawel Samecki, EU Commissioner for Regional Policy, has announced that Bulgaria may well absorb more than EUR 9 B in European Union funding by the end of 2013.

Speaking on a visit to the Black Sea coastal city of Burgas, Samecki stated that funding of over EUR 0,5 B was envisaged for the Bulgarian south east region.

He commented that the speed with which European Union programs were being developed and implemented was good.

Despite the current pace, he also remarked that, in the past year, some delays in progress had been observed. He said that it was important to draw a distinction between the older projects – financed by ISPA – and the newly introduced projects.

“Of course, we must admit that in comparison with the old period, old programs, we have a certain delay, but the institutions are trying to compensate,” he added.

The Commissioner also emphasized that ensuring European financing was a great chance for improvement of the infrastructure and the economy in the regions.

Rosen Plevneliev, the Bulgarian Regional Development Minister, stated that transparent procedures had been put in place for applications for operational programs.

The Minister also mentioned that he was “extremely proud” that there were no regional development programs blocked at present, and that over 50 companies had bought tender documents for the construction phase of Trakia Motorway - the section between Stara Zagora and Nova Zagora.

EU Commissioner Samecki is due to visit Bulgaria’s north east region, including the city of Varna, on Friday. As already reported by Novinite.com, this is his second visit to Bulgaria in a month.