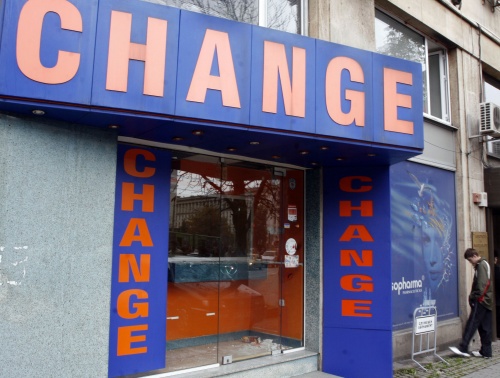 A currency exchange was robbed Thursday in the southern Bulgarian town of Svilengrad. Photo by BGNES

BGN 20 000 were stolen in an armed robbery at a currency exchange in the southern Bulgarian border town of Svilengrad.

The raid happened at 4:50 am Thursday as two armed men broke in a local currency exchange using a metal pipe, and threatened the cashier.

The 23-year-old woman was so shocked she failed to press the panic button in order to alert the police. The case is under investigation.