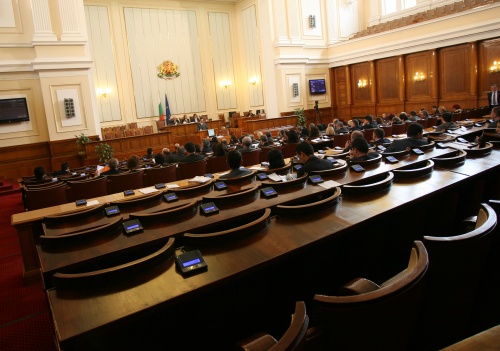 Bulgarian Parliament voted Thursday in favor of a 15% gambling tax. Photo by BGNES

Bulgarian Parliament voted Thursday to increase the tax on gambling activity from 10% to 15% at the second reading of the Corporate Income Tax.

The amendment to the Corporate Income Tax was approved unanimously by all 149 MPs present during the Parliament session.

The Budget Committee of the Parliament had earlier envisaged an increase up to 12% of the gambling tax; on Wednesday, however, Bulgaria’s Prime Minister Boyko Borisov declared himself against the increase of the excise on hard liquor, and for a gambling tax of 15%.

MP Aliosman Imamov from the ethnic Turkish Movement for Rights and Freedoms criticized the ruling majority saying the major problem in the gambling sector was not the size of the tax but the weak regulation and lacking control, which would prevent the generating of the expect revenue.

MP Iskra Fidosova from the ruling party GERB announced the results of a survey commissioned by Finance Minister Simeon Djankov showing that Bulgarians are generally negative towards gambling. Only 10% think that gambling operators must be favored, whereas 60% are in favor of higher gambling tax – of about 14-20%.