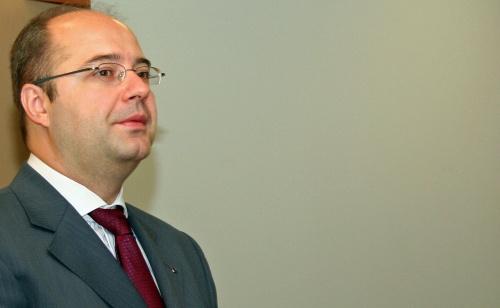 DPS MEP, Metin Kazak, told his colleagues that eliminating the TV news broadcast in Turkish is a violation of the human rights of Bulgaria's largest minority. Photo by BGNES

Bulgaria's MEP, Metin Kazak, voiced his strong disagreement with the elimination of the news broadcast in Turkish from the program line-up of Bulgaria's National Television (BNT).

Kazak, who is a Member of the European Parliament from Bulgaria's ethnic Turkish Movement for Rights and Freedoms (DPS), told his colleagues the move is a sign of intolerance and discrimination and will deprive Bulgaria's largest minority of the right to receive information in their native language.

In the beginning of the session the Commissioner for Multilingualism, Leonard Orban, read a statement of the European Commission regarding the use of minority languages across the EU, triggering heated debates about the Hungarian language in Slovakia, the Welsh one in the UK, the Irish dialects and Kazak's own statement.

The DPS MEP pointed out news in Turkish were broadcast in the country since 2001 and Bulgaria, which prides itself about protecting minority rights, had given up to nationalist pressure and is conducting a poll aiming at cancelling those news.