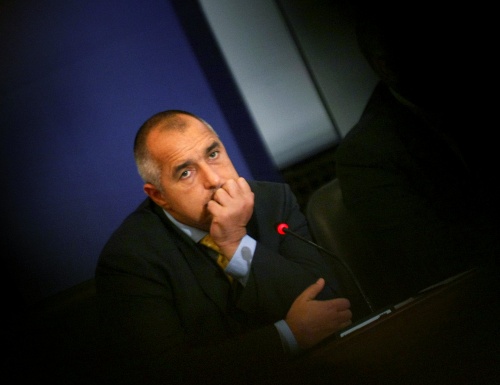 Bulgaria Prime Minister, Boyko Borisov, says he wants a higher gambling tax to compensate the budget for not increasing the excise on alcohol. Photo by BGNES

Bulgaria's Prime Minister, Boyko Borisov, gave Wednesday stark instructions to Members of Parliament from his ruling GERB party about increasing gambling tax to compensate for not raising the liquor one.

Borisov requested that the gambling tax is raised to 15%, no tax on hard liquor, precisely the traditional Bulgarian brandy known as “rakia."

He also asked them to keep the alleviations for granting mortgage loans to young families wishing to purchase their first home.

Upon entering the Parliament building, Borisov is reported to have gone straight to the office of the Speaker, Tsetska Tsacheva. The PM later announced he asked for the fulfillment of the above requests.

Just 20 minutes before Borisov's arrival, the Members of the Parliament (MPs) approved amendments that eliminated the alleviations for young families.

Borisov defined the move as mistake and vowed to change it.

Before going to the Parliament, Borisov told reporters he has asked the MPS from his Citizens for European Development of Bulgaria (GERB) party to reconsider intentions to increase the hard liquor tax, adding he had commitments to grape growers in Bulgaria.

Borisov further says he wants a higher gambling tax to compensate the budget for not increasing the excise on alcohol.

On November 20, the Budget Commission of the Bulgarian National Assembly has rejected the motion of the conservative party RZS and the Blue Coalition to raise the tax on gambling to 15%.

The conservative party “Law, Order, Justice” (RZS) and the members of the Blue Coalition had proposed that the gambling tax be raised from its current 10% to 15%, arguing that this should be calculated on a profit basis.

On the same day, the Council of Ministers confirmed that it has accepted only the proposal to increase the tax to 12%, on the basis of turnover.

The Bulgarian parliament voted at first reading on November 4, 2009 in favor of an increase in the tax rate on gambling activities from 10% to 12% as part of amendments to the Corporate Income Tax Act.

The amendments are expected to come into force in January 2010, thus harmonizing all Bulgarian gambling tax rates.

Even with the 12% tax increase, the Bulgarian Association for Entertainment and Gambling Game forecasts a collapse of the gambling industry, with up to 40 000 jobs being put at risk, and a loss of government revenue.