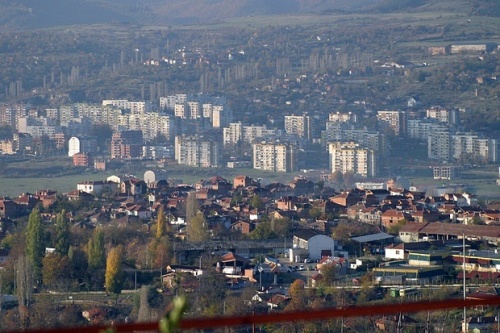 The southern Bulgarian city of Kardzhali has seen one more case of sulfur dioxide pollution attributed to the lead and zinc plant nearby. Photo by Darik News

The southern Bulgarian city of Kardzhali has once again seen increased levels of sulfur dioxide (SO2) pollution.

The Regional Environment and Waters Directorate in the city of Haskovo has announced that Kardzhali suffered sulfur dioxide levels well above the legal limit in the afternoon and early evening hours on Tuesday.

According to the BGNES news agency, a number of local people with chronic diseases such as asthma, lung and heart problems have complained over the pollution, which caused their condition to deteriorate.

The Environment Directorate informed the local authorities immediately but has failed to use the specially installed siren warning system in order to alert the population.

The Directorate did send a recommendation to the Lead & Zinc Complex Plc to stop immediately the output of one of its divisions which is believed to have caused the pollution.

The management of the lead and zinc plant is reported to have complied immediately with the prescriptions of the environment watchdog but the high levels of sulfur dioxide in the air above Kardzhali remained for more than three hours. This is believed to have been the result of the meteorological conditions at the specific moment.

At 6 pm Monday night, the sulfur dioxide levels dropped down to 142 micro grams per cubic meter of air.

A similar increase of sulfur dioxide levels was registered in Kardzhali on November 19, 2009, when for two hours they were above the 500 micro gram threshold in the early afternoon hours.

Kardzhali has been having problems with sulfur dioxide pollution for a long time with critical air levels being reached about every other month.