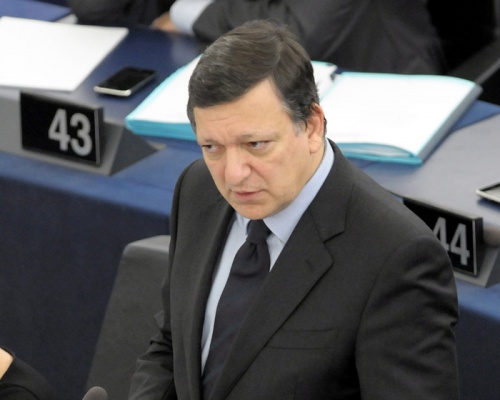 European Commission President, Portuguese Jose Manuel Barroso answer questions during the question hour to the President of the Commission the Plenary session in Strasbourg, France. Photo by BGNES

The former Bulgarian Prime Minister Sergey Stanishev and his government had always been honest, loyal partners of European institutions, according to the Commission President Jose Manuel Barroso.

Barroso replied on Tuesday to an inquiry by Martin Schulz, leader of the Group of Socialists and Democrats (GSD) in the European Parliament, who had asked what impressions Barroso had of working relations between the EC President and former Bulgarian Prime Minister Sergey Stanishev.

Schutz had further asked whether Stanishev’s socialist government had demonstrated political legitimacy before the European institutions.

In the light of this inquiry, the GSD leader asked the EC President to comment on Bulgarian Prime Minister Boyko Borisov’s statements that the Bulgarian Socialist Party should be banned and its members and supporters should be treated as “villains”.

In his reply EC President Jose Barroso emphasized that he had always enjoyed "excellent joint work" with Sergey Stanishev and his government, "who have always been honest and loyal partners of the European institutions, as far as our common European project is concerned."

In reply to the second part of Martin Schulz’s question, concerning Bulgaria’s current PM Borisov’s statement, Barroso said: "Bulgaria has proven it is a democratic country and all parties in it have its own place."