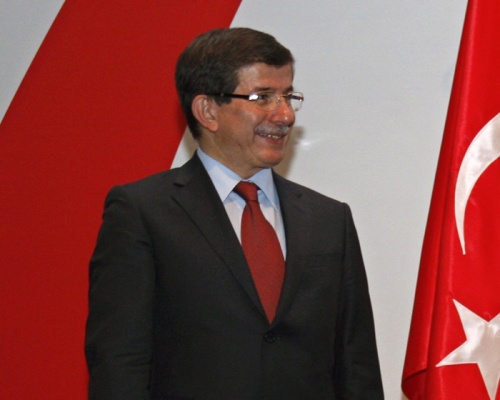 Turkey is exercising a delicately-balanced foreign policy, looking on the one hand for European Union recognition, while re-exerting its influence on old neighbors.

The Turkish ruling Justice & Development (AK) party is re-engaging with territories once ruled by the sultans, from the Balkans to Baghdad, in a drive to return Turkey to a place among the leadership of the Muslim world and the top ranks of international diplomacy.

Ahmet Davutoglu, foreign minister and architect of the policy, rejects the expansionist tag of "neo-Ottoman" bandied about by AK critics, preferring his well-used slogan, "zero problems with neighbors". The US and the European Union praise this unobjectionable aim: to act as a force for stability in an unstable region.

Turkey has long mattered - as NATO ally, friend of Israel, EU applicant and energy route to the west. But its growing economic strength and diplomatic reach give it influence over some of the toughest issues facing Washington and other capitals - from frozen conflicts in the Caucasus to Iran's nuclear ambitions to the threat of disintegration in Iraq.

"We are neither surprised by nor disturbed by an activist Turkish agenda in the Middle East," Philip Gordon, assistant secretary at the US State Department, said recently in Ankara.

Yet the speed and scope of Turkey’s diplomatic endeavors have left both Turkish and western observers wondering whether it can juggle all its new interests.

In a month of frenetic activity, Mr Davutoglu has staged a show of friendship with Syria, ending visa restrictions on a border once patrolled by Turkish tanks; paid a high-profile visit to Iraq's Kurdistan region, long shunned as a threat to Turkish unity; and signed a landmark deal to mend relations with Armenia.

"Today we, children of the Ottomans, are here to show interest in the development of Mosul just as our ancestors showed centuries ago," Zafer Caglayan, trade minister, said as he opened a consulate in the northern Iraqi city last month.

Turkish diplomats claim credit, in the last year alone, for mediating between Israel and Syria, hosting talks between Afghanistan and Pakistan, and liaising with Sunni militants in Iraq.

But Recep Tayyip Erdogan, a prime minister who scorns diplomatic niceties, and his senior ministers, have shown the potential for new friendships to damage old ones.

"You cannot understand the history of at least 15 European capitals without exploring the Ottoman archives," he told an audience in Spain this week.

A lack of enthusiasm for Herman van Rompuy's appointment last week as president of the European Council reflects not just worries over his past opposition to Turkey's candidacy but a preference for a heavyweight leader who would want Europe to play a bigger part on the world stage.

Ibrahim Kalin, Mr Erdogan's chief foreign policy adviser, argues that Turkish activism is not a reaction to disappointments in the EU but simply "a fully rational attempt to seize new spaces of opportunity" - including the EU's virtual absence from geopolitics.

Katinka Barysch of the Centre for European Reform, a London think-tank, says: "As a long-standing Nato member and a country negotiating for EU membership, Turkey is expected to align itself with the US and Europe."

"As a regional power, Turkey will want to act independently and avoid antagonizing its neighbors. It is not clear how long Ankara will be able to avoid tough choices."