Tobacco Chief: Bulgarians Will Give Up Smoking over Tax Rise 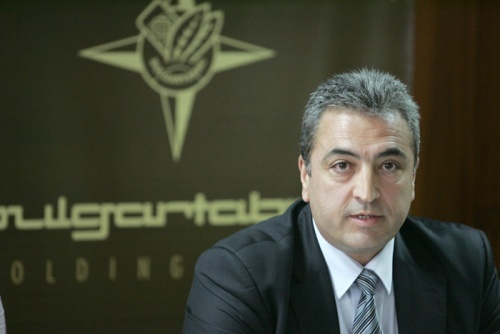 According to Bilarev the overall huge rise of the excise duty on cigarettes will hit his business seriously. Photo by BGNES

The price of cigarettes will go up between BGN 1,10 and BGN 1,40 from January 1 2010, the Executive Director of Bulgartabac Holding, Ivan Bilarev, stated Monday.

Bulgartabac’s "Victory" brand will cost between BGN 4,50, and BGN 4,80 per box - currently the price is BGN 3,40. According to Bilarev the overall huge rise of the excise duty on cigarettes will hit his business seriously.

Last week the Budget committee in parliament decided to increase excise duty on cigarettes to BGN 101 for 1000 plus 23% of the sales price. The proposal of the Ministry of Finance for the 2010 Budget was for a duty of BGN 74 plus 36% of the selling price.

Bilarev concluded that the tobacco market in Bulgaria will shrink because of the increased tax but said that Bulgartabac does not currently plan to cut production. He added that Bulgartabac would also lose some market share and predicted that a large number of people will give up smoking while other people will look for cheaper cigarettes from neighboring countries.