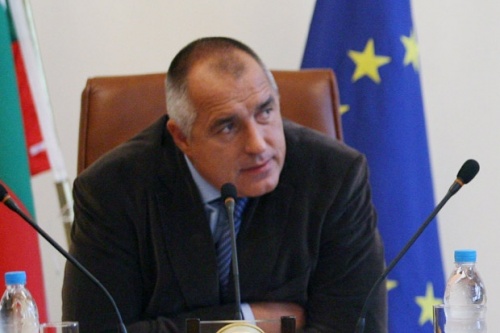 Bulgaria's Prime Minister, Boyko Borisov, adamantly denies any corruption schemes during the construction of the Sofia metro. Photo by BGNES

The Bulgarian Socialist Party (BSP) has mastered the skill of blaming others for their own faults, Bulgaria’s PM Boyko Borisov, declared Saturday.

The Prime Minister spoke in an interview for the TV channel bTV.

When asked about the so-called “Stoyan Sariiski” scandal, Borisov was firm the case is slander, and an attempt to discredit him.

On Friday, the BSP Member of the Parliament, Kiril Dobrev, who is accused of having contacts with the now infamous Krasio from Pleven, threw allegations that the PM also has connections with shady individuals, particularly a man known as Stanly.

When asked by the media Friday who is Stanly, Borisov said he did not know him and denied having as acquaintances people close to his girlfriend, banker Tsvetelina Georgieva, who are also contractors for the Sofia metro through public tenders.

According to reports, circulating in the Bulgarian media, Stoyan Sariiski, aka Stanly, a man from Georgieva’s circle, had won a public tender for the subway construction during Borisov's term as Mayor of Sofia.

Also on Friday, when told Stanley’s full name, Borisov, recalled his daughter had a boyfriend with this name, “who made her cry and because of that Borisov beat him up.”

During the Saturday interview the PM again adamantly denied any corruption schemes during the construction of the Sofia metro and said that according to such logic all company owners in Bulgaria, who have won a public tender, could be accused of corruption.