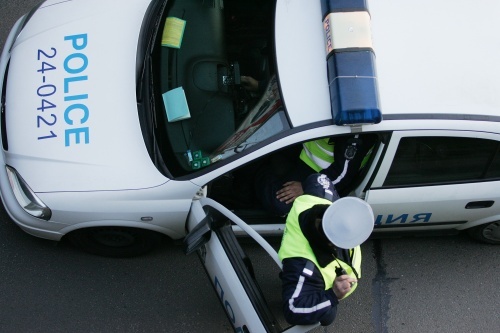 The Documents are now being studied by the Bulgarian border police. Photo by BGNES

Bulgarian customs officers have prevented the smuggling of a number of fake Bulgarian identity documents at the Bulgaria-Serbia border.

A bus traveling on a regular route from Bulgaria-Spain was searched by the customs officers early Friday at the Kalotina border crossing. The documents that were being transported as ‘unaccompanied baggage’ were discovered.

It was reported that the fake Bulgarian passport, four driver’s licenses and two ID cards were given to the bus driver in an unidentified package which he was supposed to deliver to someone meeting the bus in Spain.

The Documents are now being studied by the Bulgarian border police.