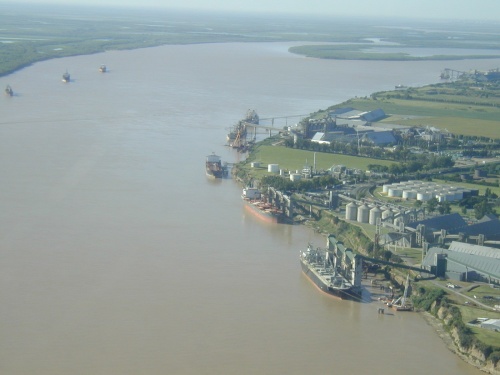 A Bulgarian ship is under investigation for drug trafficking in the Argentinian port of San Lorenzo. Photo by Wikipedia

The Bulgarian ship “Lilyana Dimitrova” has been detained at the San Lorenzo port in Argentina over suspicions of drug trafficking.

The information has been confirmed by the Bulgarian Ministry of Transport. The ship is owned by Navigation Maritime Bulgare.

On November 14, 2009, shortly after setting off from San Lorenzo, ship captain Stanislav Karaivanov received a report from a board mechanic that five suspicious packages had been found in the engine room.

At San Lorenzo, the ship had been loaded with 30 000 tons of soy flour destined for two European ports. The captain notified Navigation Maritime Bulgare, who alerted the Argentinian authorities, and the ship was summoned back to the port.

The local police authorities are investigating the case; the Bulgarian crew has been interrogated but none of its members has been detained. Navigation Maritime Bulgare has hired a local lawyer to defend their rights.

This is the second case when the Lilyana Dimitrova ship has been searched for drugs. Two of its sailors were detained in December 2007 in Nordheim, Germany, with 20 kg of heroin.