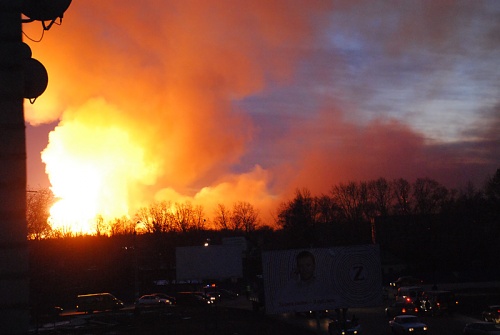 Some 3 000 people have been evacuated from the surrounding area, the local Ulyanovsk governor is quoted as saying. Photo by http://ulgrad.ru/?p=3892

At least two people died after a series of explosions at an arms depot in western Russia. More fatalities are feared.

A fire at a defence ministry arsenal on the outskirts of Ulyanovsk caused blasts which shattered windows of nearby homes, local reports said.

Some 3 000 people have been evacuated from the surrounding area, the local governor is quoted as saying, cited by the BBC.