Bulgaria to Raise Excise Duties on Cigarettes for 8 Years 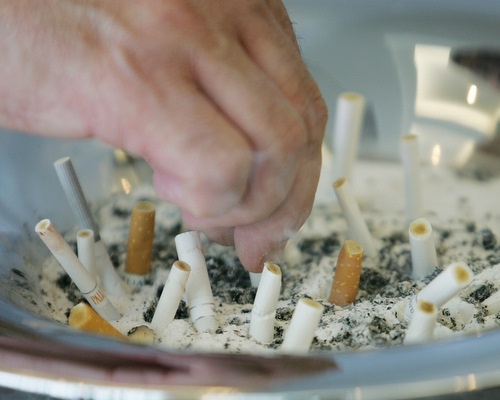 Bulgaria ranks second after Greece in the EU in terms of number of regular smokers as a percentage of the population, according to a Eurobarometer survey. Photo by BGNES

Bulgaria's new government plans to raise duties on cigarettes for the next nine years except for 2011, the finance minister announced on Wednesday.

Excise duties on cigarettes will be raised 43% next year, reaching EUR 76 per 1,000 pieces, in a bid to curb smoking, relieve the health care system and redirect more money to it. The current rate is EUR 52 per 1,000 units and the excise hike will bring the prices of most popular brands to BGN 4.50-4.90 a pack.

European Union countries agreed on Tuesday to raise taxes on tobacco products sold in the bloc, in a bid to protect public health and boost government revenue.

“We won't be waiting till the very last moment and will start in 2012 to gradually increase the excise duty so that they reach European levels before 2018,” the minister explained.

Under the adopted rules, after the deal comes into force in 2014 until the excise duties reach the lowest levels in all member states, scheduled for 2018, all foreigners, EU citizens, departing from Bulgaria, will be allowed to carry no more than 300 pieces (15 packs) bought here.