Alex Nestor, Corporate Relations Director for Bulgaria of Dundee Precious Metals: We Are Pleased with Will of New Government 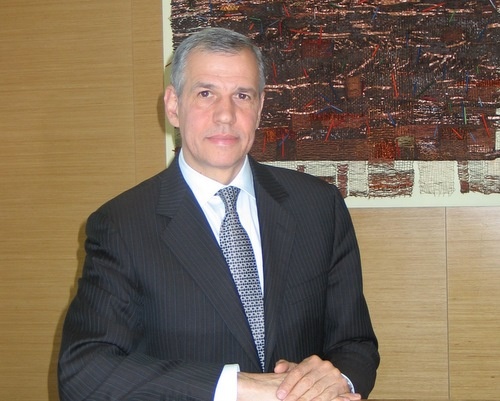 On October 20, 2009, Novinite.com reported that in the southern Bulgarian mountain town of Chepelare, Smolyan District, a “public council“ was formed opposing mining operations in its region by the Canadian company. The Council demands that the Ministry of Environment and Water not issue a permit to the Canadian company for the exploitation of the copper and gold deposits in the village of Yugovo. Novinite.com has asked Dundee about their position on the emerging Chepelare controversy.

According to information distributed to the media, there is a movement enjoying wide public support in the Chepelare Municipality protesting against a permit for a geological survey of Dundee Precious Metals in the region. Do you know who the participants are, how many are they?

We learned from the media that a group of non-governmental organizations have recently visited Chepelare in order to talk to the local people about the activities of Dundee Precious Metals in their typical apocalyptic style. We have all reasons to believe that they have tried to trick the local people by using as their arguments the topics which are most sensitive for the region, and by foreboding environmental catastrophes.

This is being done in order to artificially create tension without any actual grounds for that. The activities of Balkan Mineral and Mining, which is a subsidiary of Dundee Precious Metals, in Chepelare are only confined to the conducting of survey work which started as early as 2008, in accordance with a permit of the Council of Ministers.

We have never felt animosity on the part of the local people and authorities in Chepelare so far, and it is weird that there has been talk of protest immediately after the visit of the NGOs in question. Since those NGOs are made up of only several persons, we do not have your impression that this movement has “wide public support”.

What do you think are the motives of the protesters? Is it possible that, in addition to the public interest, they might be influenced by business interests conflicting with those of Dundee?

We have long ago given up on coming up with interpretations of the manipulative scenarios of several fake single-person NGOs. At the same time, we cannot be indifferent when they are trying to instill fears and concerns with the people.

It is a fact that for quite some time there have been attempts to pit industry and environment against one another, as two mutually-exclusive terms. This thesis is, to put it mildly, contradictory – the logic of the contemporary mining industry is not only economic, and is not confined only to the exploitation of natural resources.

There are many examples, including our mine in Chelopech, how with its activities one mining company can contribute to the improvement of the environment in a region, for the development of good practices, and for the economic revival. This happens when the most recent technologies have been employed, and a lot of funds have been invested.

According to the “Public Council” of the Chepelare Municipality, Dundee “uses the cheapest method for the extraction of gold, which is connected with the emission of highly toxic cyanides. This is going to ruin the whole region, and destroy the nature, tourism, and people’s livelihood.” Are these claims true?

As I already mentioned, Balkan Mineral & Mining is conducting only geological surveys in the Chepelare region, and I sincerely hope that no one is claiming that we are using cyanide during our research. But since this words is used for speculations anyway, I am going to mention a few facts about cyanide and its use.

It is a fact that a large percentage of the gold around the world is extracted through cyaniding. This technology has been in use for many decades, including in a number of European countries – Finland, Sweden, Spain. It is also a fact that the mining industry in the world as a whole uses only 6% of the annual global cyanide production, the rest of the cyanide is used in a number of other industrial sectors, especially in the production of nylon.

The cyanide technology is preferred by many mining companies not because it is the cheapest but because it has been proven that the leaching with sodium cyanide carries the smallest risk for the health of the workers, and for the environment. It is a scientific fact that the sodium cyanide has good reactivity, low concentrations in the technological process, it is not carcinogenic, it dissolves, and is not accumulated in the environment.

Are the people’s concerns founded, and how are you going to guarantee that the potential exploitation of a deposit at the village of Yugovo is not going to have negative environmental effects, and is not going to hurt the main livelihood of the people – mountain tourism and local agriculture, including the gathering of fruit, mushrooms, and herbs, that they mention?

We cannot speak of a potential exploitation of a deposit before we have the results of the geological survey. And, no, if there is an exploitation of a deposit, it will not have negative effects, just as the tourism is not negatively influenced by the El Valle mine near Oviedo, Spain, or the Marta Mine in New Zealand, where it is not known that the people protect their unique nature more strictly than they do in Europe.

Dundee has mining activities in Chelopech and Krumovgrad. Have you ever encountered similar reactions on part of the local people at those locations? Are there any data showing that the activities of your company ever had negative impact on the local environment and way of life?

Let me make this clear – Dundee has mining activities in Chelopech, and a registered concessionary area near Krumovgrad. Our actual extraction activities have been taking place only at Chelopech where the mining job has been traditional for generations.

Our activity their did influence the nature and the way of life. Anyone who knows the region can see that in the last few years the landscape has literally changed.

The mine had been exploited by the state for many years, and we have started and are currently implementing the first land re-cultivation there in 50 years. This is a very expensive and labor-intensive process but we are going to continue to increase the green areas because this is our way of operation.

Each year together with the municipalities in the region of the Chelopech mine we realize infrastructure, social, and cultural projects, and in some cases the donations made by Chelopech Mining Sole Trader Jsc actually surpass the budget that the state allocates to those municipalities.

Dundee Precious Metals is a company which is extremely transparent and open for dialogue. We are always ready to address all sorts of questions and concerns. We are convinced that this part of the people in Krumovgrad who are still sceptical about our project there, are going to appreciate the fact that we offer an environment-friendly production, and successful economic development of the region.

How would the Chepelare Municipality benefit from the potential development by Dundee of the deposit in question? Are you going to try to persuade the local people that they stand to win more than to lose?

I am going to say again that this issue is not going to be on the agenda in the near future. Of course, I would call upon the people, and not just the ones from the Chepelare region, not to trust messages that are not supported by facts.

How do you expect the Bulgarian state, i.e. the GERB government would react to the case in Chepelare? What are going to do if the government agrees with the demands of the protesters? Is that going to affect your business activities in Bulgaria?

We have never, on any occasion, expected anything else from that or the previous Bulgarian government but adherence to the law. In this case, we are talking about legal surveying procedures so we do not see what arguments could be used to stop them.

Dundee is a large scale foreign investor. In September 2009, your President praised the new Bulgarian government – both Prime Minister Borisov and Environment Minister Nona Karadzhova. How does your company assess the investment climate in Bulgaria? What sort of obstacles have you encountered here? What needs to be improved for the foreign investors as a whole, and for those dealing with natural resource extraction in particular?

Every serious mining company such as Dundee Precious holds firmly to the law and the application of high standards in its work. Our dialogue with the state administration has always been based on that because our aspiration is to develop long-term business, to contribute with our investments to the national and local economy, and to work for the successful development of the regions where we operate.

We are happy that the new Bulgarian government has the desire and will to have dialogue with the business sector in this respect, and to improve the investment climate in the country.

We did have a period in which we encountered obstacles and administrative misunderstandings which delayed our projects in Bulgaria but we prefer to look ahead, instead of turning back in anger.

As the Deputy Chair of Bulgarian Chamber of Mining and Geology, I cannot but express my satisfaction that the current government has already made a number of decisions, with which it has demonstrated that it has the will to deal with the mess in the mining industry – the lack of a strategy, the excessive bureaucracy, the opportunity to go around the rules.

We accept the government’s readiness to create a united institution for giving concessions for surveying and extraction as a positive sign for the business and investors.