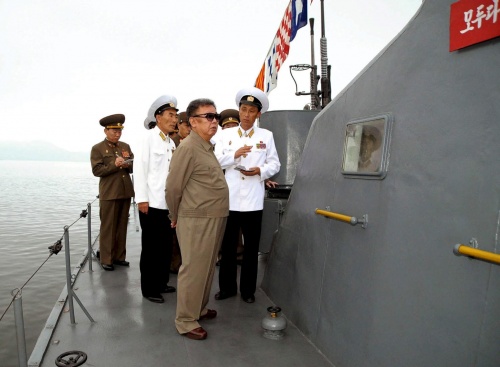 A skirmish happened Tuesday between naval vessels of North and South Korea off the western coast of the Korean Peninsula.

The fighting erupted when a North Korean patrol boat sailed across the so-called northern limit line drawn by the United Nations at the end of the Korean War in 1953 but never accepted by North Korea, the Yonhap agency reported.

The damaged patrol boat retreated to North Korea, according to the news agency Yonhap. No casualties on the South Korean side have been reported, and there has been no announcement of any casualties or damages suffered by the North Korean forces.

Tuesday’s incident is not unlike the naval skirmishes between the forces and North Korea and South Korea in 1999 and 2002. It has happened just several days before the scheduled visit of US President Barack Obama to Seoul.