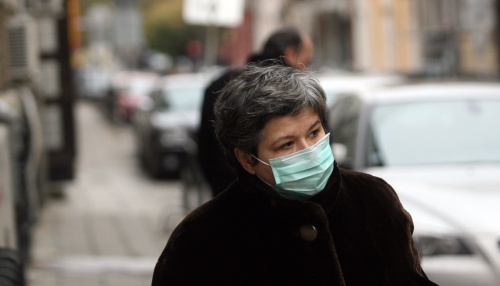 Bulgaria's Health Ministry announced Friday afternoon the declaration of a state of national swine flu epidemic over the rising number of patients with A(H1N1).

The Health Ministry made the decision based on the grounds that the number of people with swine flu has reached 210 per 10 000. On Thursday, Bulgaria's Health Minister Bozhidar Nanev announced a little over 100 000 Bulgarians were infected with A(H1N1).

Thus, all schools in Bulgaria will be in a swine flu break all of next week (November 9-14). The Health Ministry recommends limiting the number and scope of public events.

Any decisions for closing nursery schools and universities over the epidemic will be made on the local level.

There will be no mandatory closing of cinemas, theaters, libraries, or other public facilities despite the declaration of a national epidemic.

The news from the Health Ministry came shortly after the Bulgarian capital Sofia declared a swine flu epidemic starting Monday. Thus, 20 of Bulgaria's 28 administrative districts had declared swine flu epidemic before the news for the national emergency.

Earlier on Friday it was announced that a 53-year-old man had died in a hospital in Sofia as a result of complications of the A(H1N1) virus, bringing Bulgaria’s total swine flu death toll to six.

According to Chief Health Inspector Tencho Tenev, the man had schizophrenia and cirrhosis. He did treat himself at home for a week, when he finally saw a doctor, and was taken to hospital in critical condition.

As the epidemic has been worsening, Bulgaria's MPs adopted Friday emergency amendments to the Medical Products in Human Medicine Act.

The aim of the amendments is to simplify the regime for purchasing medical products with state funds outside of the mandatory health insurance system in a time when the country is facing "epidemics, pandemics, or confirmed use of chemical and biological weapons, or the spread of nuclear radiation."

The MPs were in a rush because of what has been termed "a rising tension" in the Bulgarian society because of the fast spread of the A(H1N1) virus and the lack of any vaccines.

Bulgaria's Health Minister, Bozhidar Nanev, has said that the legislative changes were going to shorten the period for getting and applying the swine flu vaccines by between 1 and 3 months.

Bulgaria's Chief Epidemiologist, Angel Kunchev, has told the BNT that unfortunately there were no A(H1N1) vaccines available in Bulgaria at the moment but said that medications and vaccines would soon be procured from Germany and Sweden.

Young children, doctors, pregnant women, and people with chronic diseases will be the priorities group for immunization. Kunchev has called upon all Bulgarians to still get the regular seasonal flu shots. In his words, the only vaccines available in drug stores are Tamiflu and Relenza.