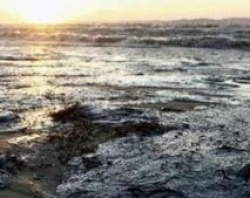 Melrose Resources expect the Kavarna field to be on stream by July 1, 2010. File photo

Oil and gas explorer Melrose Resources said on Friday it has received approval from the Bulgarian government to develop the Kavarna gas field, which has estimated reserves of 24 billion cubic feet (bcf).

The company expects the Kavarna field to be on stream by July 1, 2010.

The group said it has also formally received approval from the Romanian National Agency of Mineral Resources to conduct petroleum operations in the country under new administrative guidelines.

"The receipt of the Certificate of Commerciality for the Kavarna field from the new Bulgarian government administration is an important milestone," said chief executive David Thomas.

"We now look forward to accelerating the development of our various projects in Bulgaria and Romania which will contribute significantly to the regional domestic gas supply."

The Edinburgh-based oil and gas firm is continuing negotiations with the Bulgarian government about a scheme to use Galata for gas storage.

The company is also looking forward to an active near-term exploration programme in Egypt with important wells to drill in the Nile Delta and 2-D seismic to acquire in the Mesaha block.