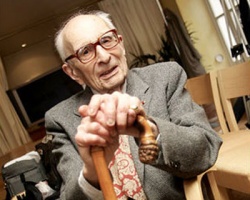 Claude Levi-Strauss, intellectual and pioneering anthropologist, has died at the age of 100. Photo by unesco.org

The French intellectual Claude Levi-Strauss, who influenced generations of scientists by laying the foundations of contemporary anthropology, has died at the age of 100.

Levi-Strauss’s method, known as structuralism, reduced mythology and rituals to their basic components to disclose an underlying pattern. His theories on primitive societies held that the characteristics of the native mind are equal to those in Western civilization, and that all communities function using folklore based on opposites.

“I therefore claim to show, not how men think in myths, but how myths operate in men’s minds without their being aware of the fact,” he once said.

Intellectuals such as Michel Foucault and Jacques Derrida cited Levi-Strauss’s methods in their social analyses. Seminal French philosopher Jean-Paul Sartre engaged him in debate over the issue of personal freedom

In 1970, Cambridge University anthropologist Edmund Leach described Levi-Strauss as “the most distinguished exponent of this particular academic trade to be found anywhere outside the English-speaking world.”

A member of the Academie Francaise -- which bestows France’s highest honor for intellectuals -- Levi-Strauss wrote more than 20 books over 50 years.

He described his view of the world as one of “serene pessimism”,

“The world began without the human race and will certainly end without it,” he said in his 1955 autobiographical book “Tristes Tropiques.” “What else has man done except blithely break down billions of structures and reduce them to a state in which they are no longer capable of integration?”

He was married three times, first to philosophy professor Dina Dreyfus. With second wife Rose-Marie Ullmo, he had a son, Laurent, who became deputy director of the cultural heritage division of UNESCO. With third spouse Monique Roman, Levi-Strauss had another son, Matthieu.

“Such is how I view myself: a traveler, an archeologist of space, trying in vain to restore the exotic with the use of particles and fragments,” he said.