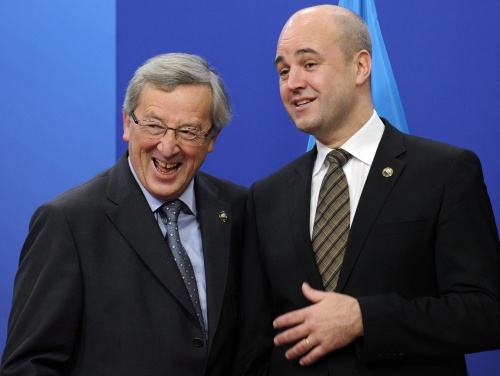 The EU Council is going to hold a special summit meeting, most likely in November 2009, with respect to the nominations for the positions of EU President and High Representative for Foreign Policy.

This has been announced by the Prime Minister of Luxembourg, Jean Claude Juncker, after the end of the EU Council summit in Brussels Friday.

“The Swedish EU Presidency has informed us that it is going to start consultations the day after the Czech President Vaclav Klaus signs into ratification the Lisbon Treaty, and that it is going to call up a special meeting of the EU Council regarding the nominations for the new positions,” Juncker said.

Meanwhile, France and Germany have agreed to support one and the same candidate for EU President once the Lisbon Treaty is finally ratified, French President Nicolas Sarkozy announced. He did not reveal which EU President bidder the two leading EU nations are going to support.

Sarkozy hinted, however, that former UK Prime Minister Tony Blair may not manage to get the new top EU job. Sarkozy said the names of those mentioned as favorites did not necessarily include the name of the person who will be the ultimate winner.