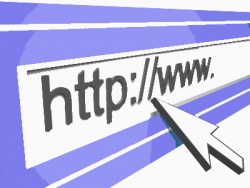 The end of the dominance of the Latin alphabet for web addresses is imminent. File photo

The Internet is ready for its biggest technical change for decades, after a new multi-language system was approved this week.

The Internet Corporation for Assigned Names and Numbers (ICANN) is set to announce Friday the end of exclusive use of Latin script for web addresses.

“This is the biggest technical change on the Internet since its creation 40 years ago”, stated Peter Dengate Thrush, Head of the Board of ICANN, the body responsible for this move.

“When the change takes effect, it will be possible to use characters from other languages like Chinese, Arabic, Korean and Japanese for a full internet address, not like now for only part of it.”

The President of ICANN, Rod Beckstrom, stated that the change, which aims at expanding the growing number of internet users who do not speak English, will come into force in mid-2010. ICANN has set a goal to begin receiving requests next month.

He added that he expects the board of ICANN to get full approval on Friday, the last day of their six-day conference in Seoul.

For more on this READ HERE