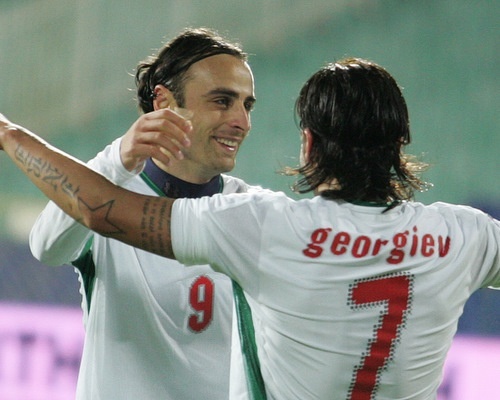 Berbatov and his teammates will now not be facing the expected test against Northern Ireland on November 14. Photo by BGNES

Bulgaria have abandoned plans to play Northern Ireland in a friendly on Saturday, 14 November in Sofia.

Irish FA officials had been in negotiations about a match in Sofia but terms have not been agreed, the BBC reported.

Bulgaria will now search for a late possible replacement country to play in Sofia for the November 14 date.

It is likely Northern Ireland will use the international date, when World Cup play-offs are taking place, to play Serbia at home or Croatia away.

The match was expected to be Bulgaria’s first game since they failed to qualify for the South Africa 2010 World Cup, after finishing third in Group 8 behind the Republic of Ireland and Italy.