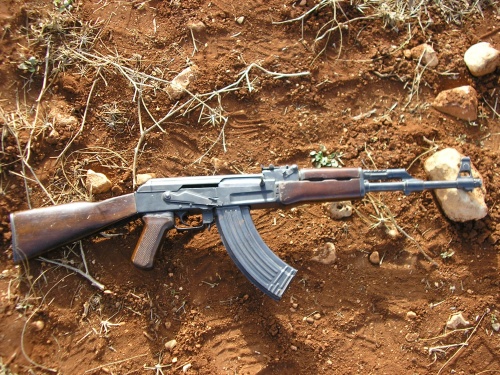 Two men have been arrested after brandishing a Kalashnikov assault rifle in Samokov. Photo by bg.wikipedia.org

The police in the southern Bulgarian town of Samokov have arrested two men who were threatening other people with an AK-47 (Kalashnikov) assault rifle in public.

The incident occurred around 1 am Sunday when a group of four men aged between 25 and 36 arrived with a Mercedes ML 270 jeep in front of a local disco, and one of them started brandishing the AK-47 rifle in front of the young people gathered there. Some of the men in question have criminal records for hooliganism.

The three police units that arrived found the Kalashnikov rifle in the car, and arrested two of the men. It is still unclear which one of them used the AK-47. The case is under investigation.