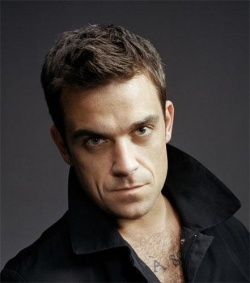 The singer Robbie Williams grants an exclusive interview in the new Bulgarian issue of Rolling Stone, due out on November 9. f File photo

One of the most popular magazines in the music world, Rolling Stone, is set to appear in a Bulgarian language edition on November 9, 2009.

The cover of the first Bulgarian issue of the Rolling Stone will feature pop idol Robbie Williams, whose photos and interview are exclusive for the country, the Pari Daily has reported. Its debut here coincides with the magazine's 42nd. birthday.

Rolling Stone is expected to play a significant role in covering the musical and entertainment interests of the young people of Bulgaria, as it has successfully done in the US for more that 40 years.

"We are happy that our readers continue to expand in number. We admire the optimism and enthusiasm of the Bulgarian team in this unfavorable economic climate," says Jann Wenner, founder and Editor-in-Chief of the magazine, which appears in eight languages in over 15 states around the globe.

Anelia Ilieva is Editor-in-Chief of Rolling Stone Bulgaria, and the license for publishing the magazine is owned by Sivir Publications.