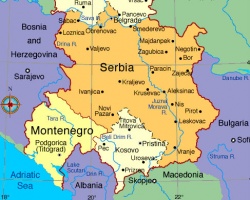 The Serbian government does not recognize the agreement signed between Macedonia and Kosovo for the resolving of the two state’s border dispute.

“The signing of this agreement is useless because Macedonia will have to negotiate with Belgrade on that issue,” said Oliver Ivanovic, State Secretary of Serbia’s Foreign Ministry, as quoted by BGNES.

In his words, Macedonia and Kosovo signed the agreement under pressure by foreigners who did not account for the fact that this may worsen the already complex relations between Serbia and Macedonia.

Earlier on Sunday the Foreign Ministries of Macedonia and Kosovo announced the resolution of the bilateral border dispute, and the establishing of diplomatic relations.

Serbia has not recognized Kosovo’s independence, and is considering it part of its territory.